It’s Written In the Cards

On any given day, you can find Meals on Wheels OC meals recipient April sitting in her chair, legs elevated, making greeting cards for over 40 homebound adults. It’s her passion and a ministry that began over 30 years ago, long before she became a Meals on Wheels recipient.

April began making cards soon after health issues forced her into early retirement. At first, the retiree only crafted cards for friends, but soon April’s creative talents were recruited to support a church-sponsored card program for the homebound.  During the hours April spent making cards, she often recalled past conversations with her clients including topics of aging and the benefits of Meals on Wheels. Thanks to these valuable testimonials, when April could no longer stand up to prepare meals for herself, she was confident that Meals on Wheels OC was a great resource to provide for her nutritional needs.

It’s been fourteen years since the 77-year-old first began receiving Meals on Wheels. April is grateful for each delivery and the ability to live independently in her home of 60 years. She said, “I couldn’t exist without the meals. I would starve without them.” April likes the menu variety and especially enjoys the salads. “They put things together I wouldn’t have thought of like black beans and mango,” she said.  The card maker also appreciates the check-in provided with each meal delivery. “I love the way the driver knocks on the window to let me know he’s there,” April said. “He doesn’t’ leave until he gets a response and knows I am safe.”

April plans to continue providing cheerful greetings. She said, “It keeps me mentally active. I’m always thinking of new ideas because I can’t imagine sending the same card more than once.” 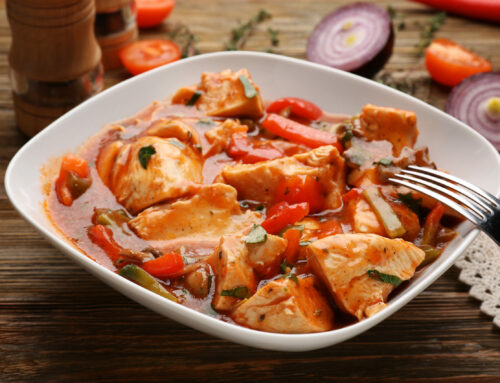 From Our Kitchen to Yours – Chicken Cacciatore 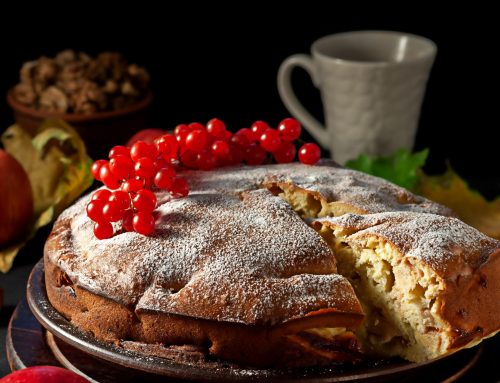 From Our Kitchen to Yours – Flaky Apple Tart 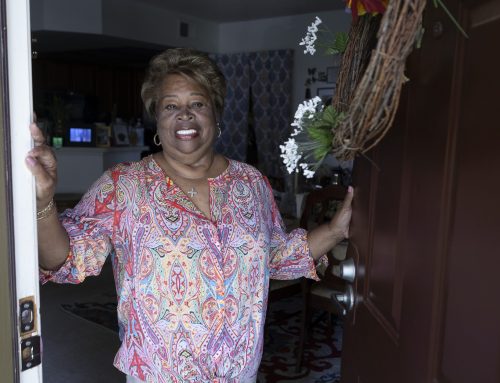 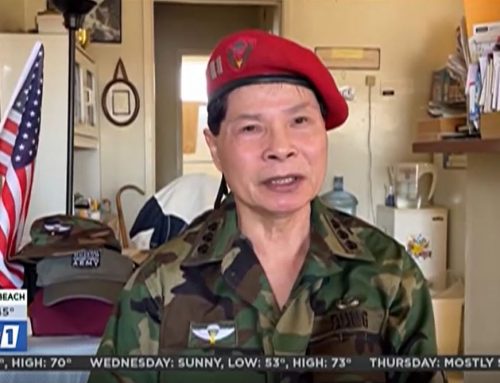 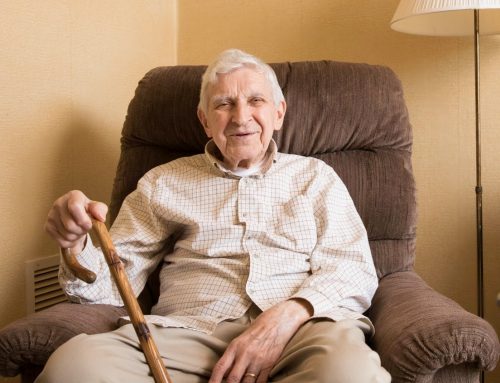 Our Time To Serve Veterans in Need